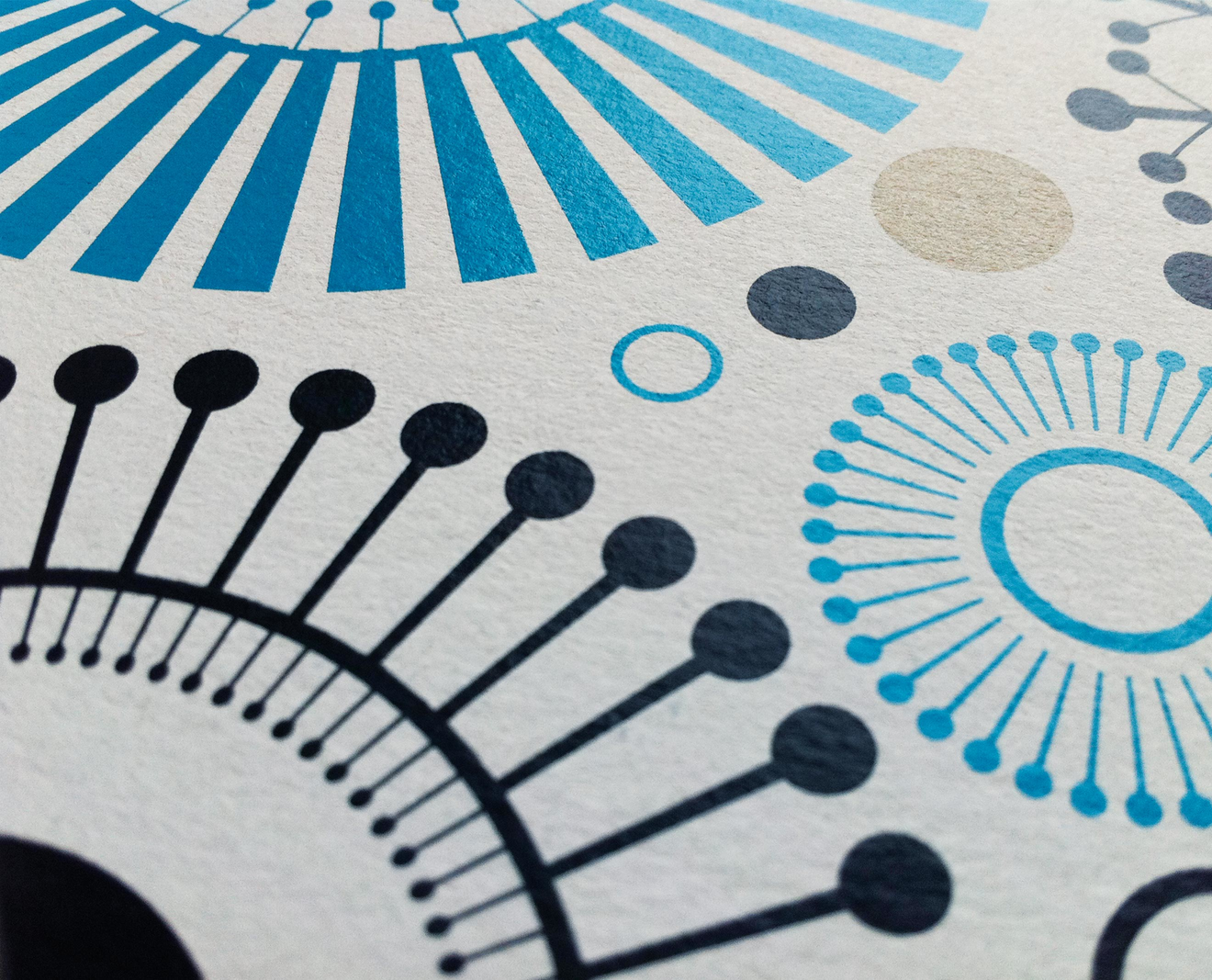 Who says that you have to master everything? When the unpredictable is accepted as a principle, marvelous results can be achieved. Sometimes, taking a risk pays off.

Paper manufacturer Antalis asked us to create a calendar with as many different paper stocks from its rich range as possible. The client specified that the printed matter should not only serve to enhance Antalis’ image throughout the year, but also as interesting examples of printing techniques and paper samples. The target audience: designers and printers. No requirements were specified for the content of the project.

Inspired by various unexpected and astonishing events that took place in the periphery of our design studio, we applied the impact of chance in this new project – and developed the world’s first calendar of coincidence. During all phases of its formation – design, printing, finishing, and binding – the creators and producers gave up their usual control and relied on coincidence. Since this is completely contradictiory to the traditional goal-oriented approach of designers, printers, and bookbinders, the project demanded both a willingness to assume an unusual degree of risk with above-average calm.

Each calendar consists of various spreads with a total of 25 illustrated stories about mere chance. Even in the initial creative phase, Inspector Luck and Sergeant Chance took control of the process. For example, the spot colors were identified by walking barefoot on an agglomeration of color charts; the colors that coincidentally stuck to the feet of the designers defined the color scheme for the calendar.

For the page design, rolling dice, random software, and many more principles of random coincidence were applied, leading to surprising and unexpected results. In the next phase, various sheets – provided by Antalis – were inserted randomly into the printing press, where colors were changed during the printing process. A set of different wire-o bindings and an accidental sort sequence of the calendar pages created unique calendars. Although all 12 months of the year 2011 are included, the calendar does not necessarily begin with January or end with December. The order of the months was arranged by chance, making each calendar a unique piece.

Because the combination of upper and lower pages within the vertical format was unpredictable (even the bookbinders’ dog became involved n randomly changing the order of the sheets), the design allowed for connecting, visual bridge to make the varying pages appear as pairs.

The finished project received many awards: a European Design Award 2011, a Berliner Type Award 2011, a Red Dot Award, an A’ Design Award, a Gold Award from the Creativity International Competition, the MKN Award, a prize in the DDC competition Gute Gestaltung (category Graphic Fine Arts), and two Merits by the US design magazine HOW. It was also nominated for the German Design Award 2013 and the gregor international calendar award 2013 (among the world’s 60 best calendars of 1,060 entries).

A man got in one of 70,000 taxis in Athens and asked to be driven to a certain address. When he arrived, the cab driver waited and watched his passenger unlock the door and disappear into the house. A moment later, the driver followed him with his own set of house keys and surprised his own wife in an amorous tête-à-tête with the passenger.

In 1979, Robert Johansen caught a cod in a Norwegian fjord. He carried the 5 kg fish back home to his mother, who wanted to prepare it for dinner. In its craw she found a ring – a family heirloom that she lost while fishing in the same fjord 10 years earlier.

Christopher Columbus was sailing on the Atlantic Ocean for 10 long weeks when he spotted a strip of land on the horizon. He thought he had reached his destination and discovered the sea route to India. But because he miscalculated and underestimated the earth‘s curvature by a fourth, he discovered North America instead.

When composer Harry Parr Davies leaned over a guard rail on a cruise, his glasses fell overboard. Singer Gracie Fields, who was to later accompanied on the piano by the far-sighted Davies, tried to find substitute glasses without avail. Then she discovered a steward attaching a note on a door that said: “Glasses found”. Fields summoned Davies, who confirmed that they were his glasses! A passenger on a lower deck had extended his hand out the window to check if it was raining, and at that exact moment, the glasses fell into his hand.

Interested to learn more about this project? Then get in contact with Thilo von Debschitz who initiated the Calendar of Coincidences after experiencing an unsual high number of coincidences in his life: tvd@q-home.de, phone +49 611 181310.

We collect the letter Q wherever we encounter it. So, if you come upon an interesting Q somewhere in the world, we are happy to receive your submission to add to our collection.

If we should keep you posted on updates from Q and newsworthy artwork, please register here for our newsletter (in German only).